Is Burma in Asia? Is Burma the same as Myanmar? If the extent of your Burma knowledge is close to nil, here are 5 facts you should know.

Ideally, a legal system would help victims get legal justice and hold perpetrators accountable for violating the law. But too often horrific cases, particularly against ethnic and religious minorities, such as a 2-year-old ethnic Rohingya girl being violently murdered, are silenced and ignored by local authorities. The UN’s human rights envoy to Burma repeatedly highlights impunity, arbitrary detentions, extrajudicial killings, lack of rule of law, and the discriminatory judiciary system. Visit USCB’s interactive “CrowdMaps” to discover more about specific failures of justice.

Imagine if the government bulldozed your home without compensating you and then jailed you for protesting unjust land confiscation. For many people in Burma, this is the harsh reality: millions of acres have already been confiscated in recent years.

75% of Burma subsists on agriculture, but as the country opens up economically, the government is displacing many farmers and villagers for lucrative business deals in hydropower, energy, and industry. Harsh laws allow the government to jail farmers trying to re-claim their land, and enable displacement and confiscation, as the state has given itself ultimate authority over all land rights.

Since 2012, many international companies investing in Burma have become complicit in land confiscation. To learn more about specific development and displacement cases, visit  USCB’s interactive “CrowdMaps.”

The government is extremely intolerant of Christians and Muslims. One of the main current targets of religious discrimination is the Rohingya Muslims, a religious and ethnic minority in Arakan State. Burma’s President Thein Sein refuses to accept them as a people group of Burma.

Rohingya are targets of ethnic cleansing and legal restrictions on citizenship, marriage, construction of religious buildings, education, travel, and childbirth. Since June 2012, thousands of Rohingya have fled the country, hundreds have been murdered without judicial repercussions, approximately 1,000 have been imprisoned, and over 100,000 have been relocated to apartheid-style camps. In January 2014, the government vehemently denied the massacre of approx. 48 Rohingya by state security forces and Buddhist mobs, despite reports from the UN, US, AP, and Doctors without Borders. 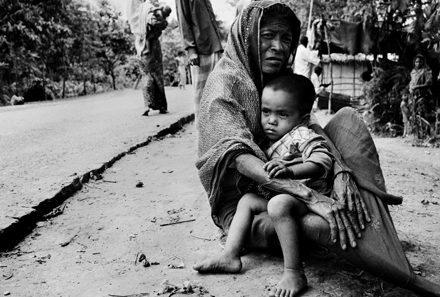 4. Free speech is not an inalienable right

The Burmese government actively suppresses the free speech of its citizens. The government uses a repressive anti-protest law to arrest peaceful protesters. In addition, a draft printing and publishing bill currently in Burma’s parliament would, if passed, ban reporting on sensitive topics in the constitution and give the government power to censor the press by means of controlling publishing licenses. In February 2014 alone, the government has censored ads in newspapers that mention human rights abuses and jailed journalists for reporting on a military chemical weapons plant.

5. The military has ultimate power

The “former” military regime still controls the Burmese government. Only <7% of parliamentarians have been democratically elected, and most everyone else represents the regime’s Union Solidarity and Development Party. Burma’s constitution guarantees the military 25% of parliamentary seats, and the constitution cannot be amended without >75% of the parliamentary vote. This means that no real political change can transpire without approval from the military. Meanwhile, the military continues to rape women and children, detain and torture men, break multiple ceasefires, and reap enormous wealth from control of natural resources and energy. To learn more about specific military human rights abuses, visit Conflict & Human Rights Reports. 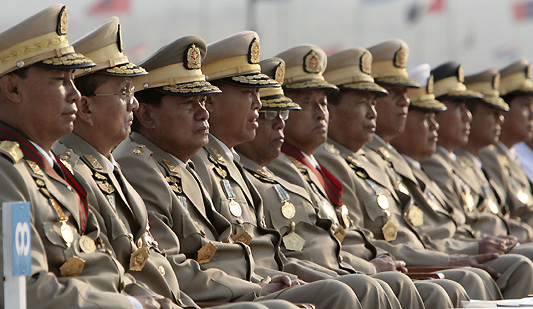 The movement for democracy and human rights in Burma is a vibrant active community of people. This blog highlights the efforts of those in the US, in Burma, and around the world.